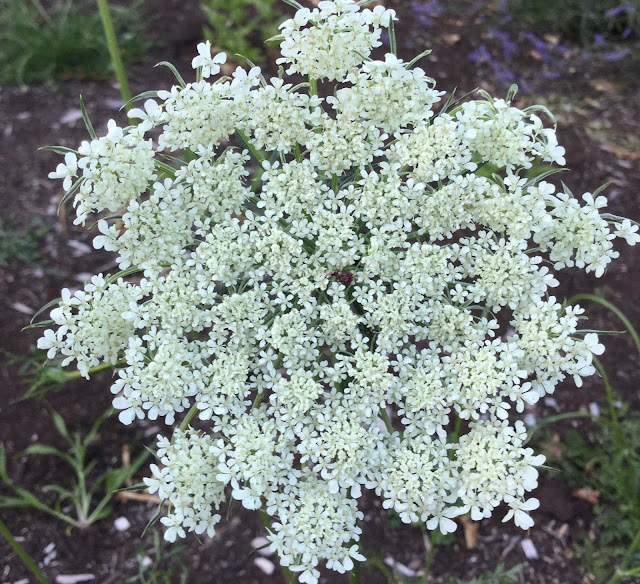 When I was very young, lace was that decorative stuff one had on one's party clothes and sometimes on petticoats.  It was awfully pretty, even if it could be a little scratchy.

When I was very young, one of the very first flowers I was taught to name was Queen Anne's Lace.  Queen Anne was nobody I knew, so that part didn't matter, but I was enchanted that lace could be both a dress trimming and a flower.

I still am.  Opinions and enthusiasms formed early in life can be remarkably durable.  Which Queen Anne has the honor of the flower named after her is apparently open to debate.  It still doesn't matter to me.

Although considered a weed, I always allow a few plants of Queen Anne's Lace into my flower beds.  In this area we have a local mutation that has a distinct pink cast to the umbels, as the little "flowers" are more properly known.  Once fully open, the pink umbels fade to near white, but are still a slightly different white than the non-pink variety. 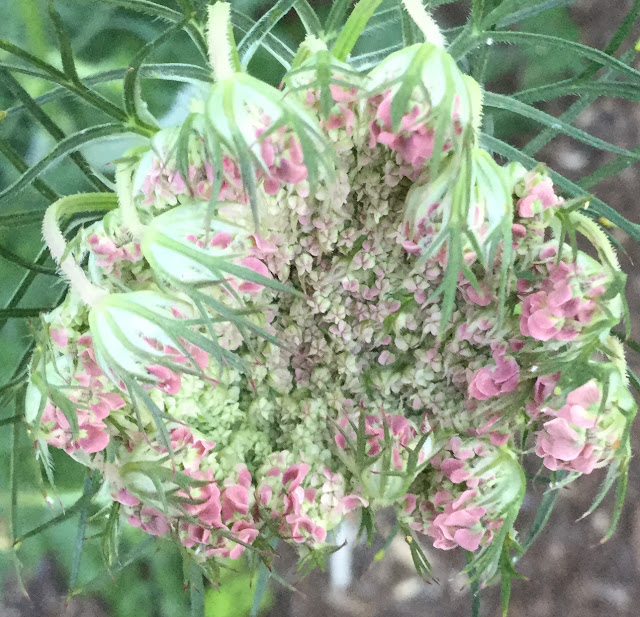 Posted by andrea.at.the.blue.door at 8:39 PM