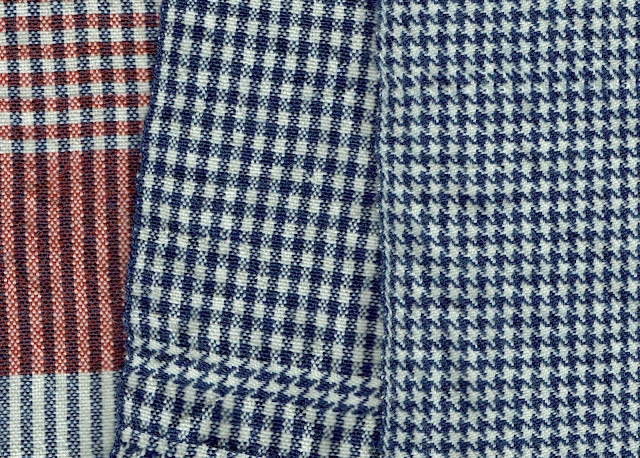 Sampling is the part of the design phase in which I learn the characteristics of the yarn I want to use.  This is Jaggerspun 2/20 Maine Line, in Bittersweet, Natural, and Williamsburg Blue, set at 32, 36 and 40 ends per inch.  Twill and tabby each behave differently, and the very slightly sticky shed is something I'll need to get used to.   The hand of the twill at 40 epi is really lovely.
Posted by andrea.at.the.blue.door at 8:29 PM 1 comment: 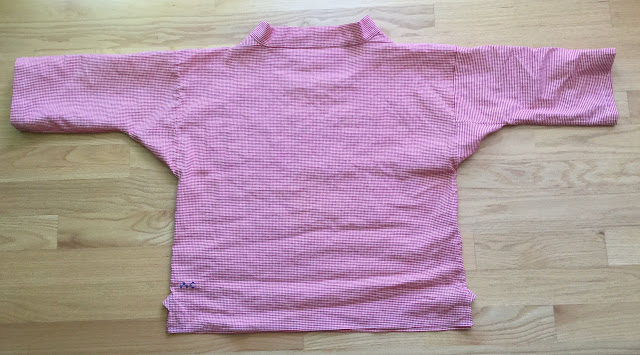 Posted by andrea.at.the.blue.door at 10:16 AM No comments: